Dr. Sheard is the President of 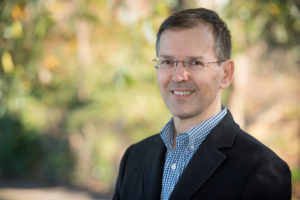 AGS Consulting, LLC. He is an engineer with over 30 years experience in the aerodynamic and mechanical design of rotating equipment. Since 2000, he has focused exclusively on the development of high efficiency fans for commercial and industrial applications.

Dr. Sheard was awarded the degree of Doctor of Science (DSc) by Aston University in 2015. Held to a higher standard than a PhD, a DSc is the highest honor a university can bestow in recognition of a scientist or engineer’s contribution to knowledge. The DSc was awarded for innovation in industrial turbomachinery and recognizes Dr. Sheard’s ‘distinguished, substantial and original contributions to knowledge’ in adapting and applying technology originally developed within the aerospace community to the design of low-noise, high efficiency fans intended for air movement application.

Dr. Sheard played an active role in the European fan community during development of European Union Regulation 327 mandating minimum fan efficiency levels. In his capacity as President of AMCA, and then Chairman of the AMCA Board of Directors, he was involved in ASRACs efforts to improve the U.S. Department of Energy’s efficiency standard for air movement fans. He is therefore uniquely qualified to design fans that comply with both current and forthcoming efficiency regulations worldwide.